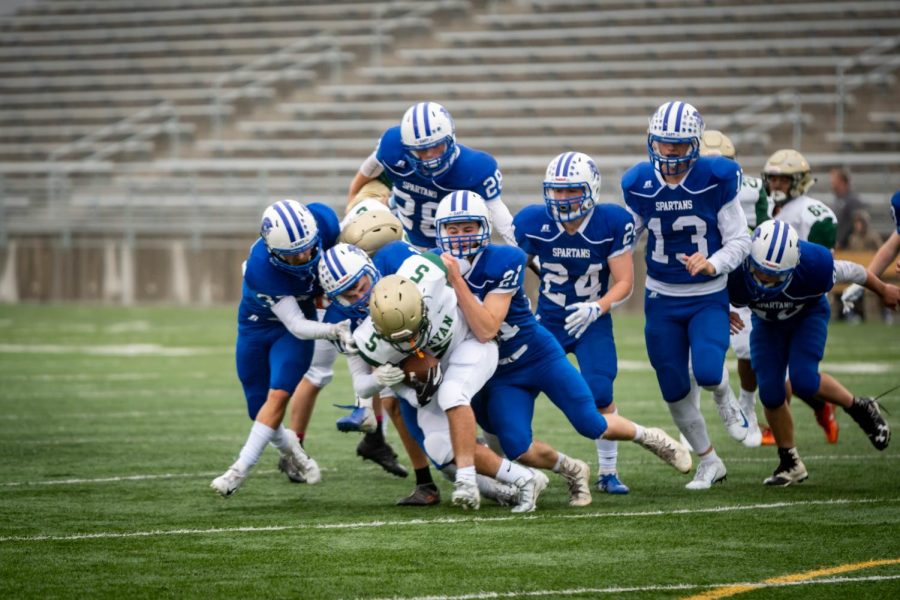 Tenth ranked Lincoln East looks to face 6th ranked Millard West this week, in a pivotal week for the Spartans, who are currently in the hunt for a playoff spot. East is prepared for the task at hand, coming off of two straight shutouts highlighted by the assertive front seven of the defense. Senior linebacker Barrett Sellon explained the team’s mindset this week, “just showing up at practice, working hard, making sure that everyone knows their role, and does their job.” The defense will play a crucial role this game, as the Millard West offense has put up an average of 33 points per game this season. But the Lincoln East offense, who has been plagued by injuries, have had some bright spots show in the past three weeks, averaging nearly 40 points per game. According to Sellon, East will try to mix it up a little bit, and catch their opponents off guard. “We’re throwing in a couple of plays, and new formations, trying to give them stuff they’ve never seen,” stated Sellon. The Spartans will need to keep up the offensive efficiency, and clean up their game a little bit, to be able to get on the board against the Wildcats, but they are confident in their ability to do so. Fridays night’s game brings senior night for the Spartans, as they head to Seacrest field for the last home game of the season. Kickoff is set for 8:00.