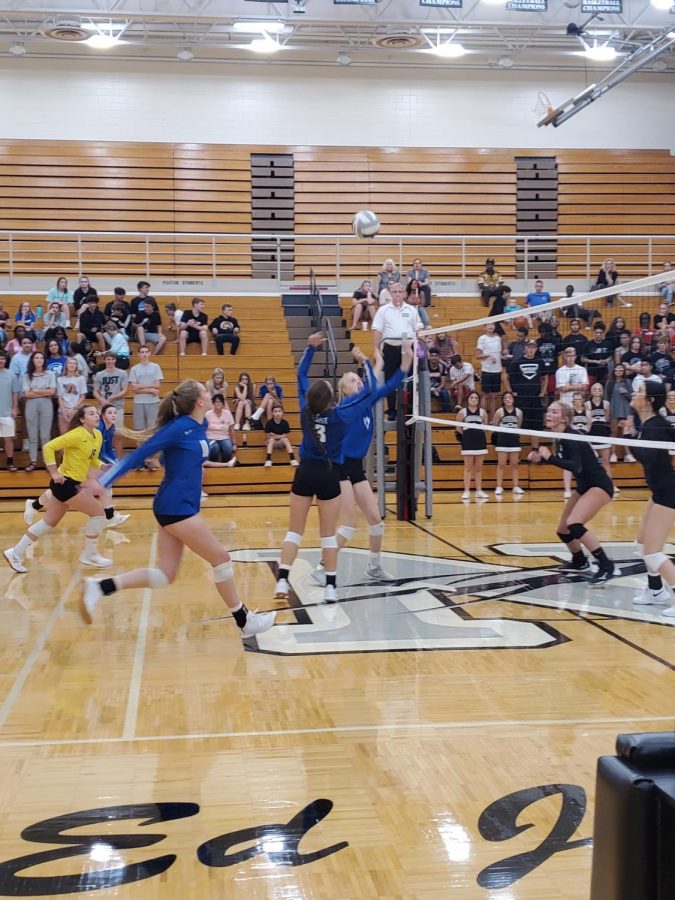 Annalee Ventling-Brown, Julia Holz, and Aleksey Betancur work together to score a point in the first set against Northeast.

East High Volleyball was extremely successful last night, with the varsity, junior varsity, and reserve teams all winning their games against Lincoln Northeast.  The first set of the varsity game started out with some frantic saves, and a lot of back and forth scoring between East and Northeast. After a string of five strong serves by senior Aleksey Betancur, East took back the lead, and didn’t lose it until they won the first set 20 points to 25.

After a fairly strong performance in the first set, East lost momentum and fell behind Northeast.  However, several spikes by junior Annalee Ventling-Brown turned the tide of the set, and East came back.  The second set also included a number of strong blocks by juniors Delaney Novy and Haley Sprackling. East varsity won the second set in a close match, finishing 23 points to 25.