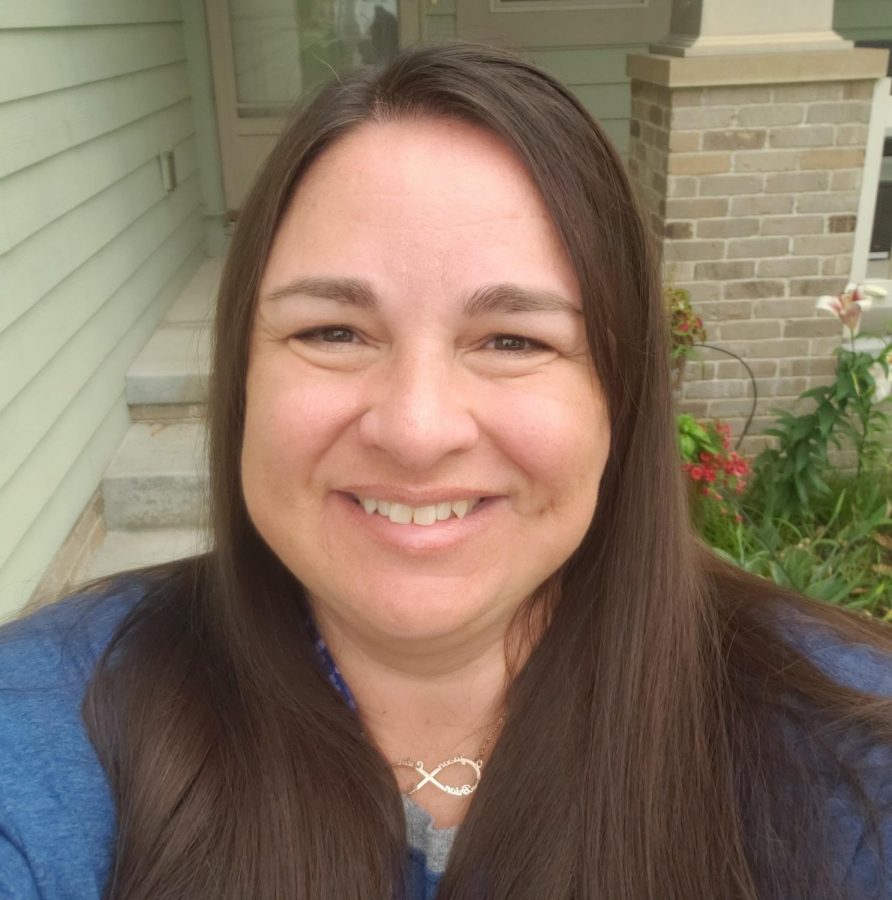 As the 2020-2021 school year came to a close, Lincoln East’s athletic secretary of 17 years, Donna Straight, announced her retirement. Taking her place, is one that many may recognize as the receptionist in the main office, but is now the first face you’ll see in the athletic office: Kristy Manzitto.

Manzitto has already been at East for four years, but has now transitioned to the athletic department, and is beginning her fifth year as the athletic secretary.

“Donna was so great and she was here long before I was here so she just knew what to do,” East’s athletic director, Zach Limbach said, “so was I worried [about her retirement], yes, but am I very pleased with the direction that we are going, yes I am as well.”

The role of the athletic secretary is extremely vital to the success of the entire athletic department. They’re the face of the office, and responsible for a number of things, including: supporting the athletic directors and the coaches, answering and directing phone calls, budgeting, payroll, the list goes on. Most importantly, they anticipate the needs of the department, while being the first person people see.

“I pay all the bills, order all the stuff, make sure all our event workers and all of our non teacher coaches get paid,” Kristy Manzitto, East’s athletic secretary, said, “Pretty much a little bit of everything.”

From phone calls to payroll, Manzitto does it all. “I mean truly we need about three secretaries, not just one,” Limbach said, “But I think she’s gone above and beyond to try and figure out how we operate and then also make what we do better.”

Secretaries are often overlooked, but the reality is they do so much for the office. It can be a lot for one person, yet she’s the glue that holds it all together. Having a lengthy list of responsibilities can be overwhelming at times, especially in her first year, but that hasn’t stopped her from being the best she can be.

“Everyday I feel like I’m learning something new and getting a little bit better,” Manzitto said, “everyone’s been really supportive in our school and around the district… so that’s been really helpful.”

In addition to learning everything and figuring out how to accomplish everything needed in a day, Manzitto also has a few personal ambitions. goals of her own.

“My goal is to become very organized and to make everything very streamlined and as easy to do as possible for everybody else as well,” she said.

Regardless of the daily challenges, Manzitto continues learning with an open mind and being the welcoming face everyone loves in the athletic office.

“It’s a lot of fun,” Manzitto said, “I’m really enjoying it; I still have a lot to learn still.”

Student athletes, stop by and say “hello” to Mrs. Manzitto in the athletic office and be sure to thank her for all of her hardwork in keeping the athletic department running smoothly.