Mrs. Cooper: One of the kindest teachers at East! 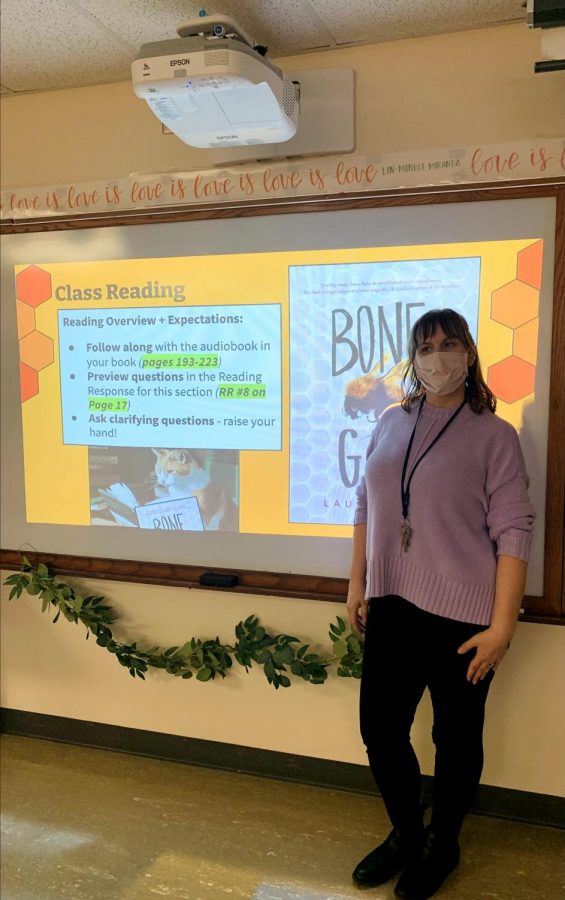 Helen Cooper better known as Mrs. Cooper in the East community is one of the many amazing teachers at East. Mrs.Cooper teaches English 10, Holocaust Lit, Pop Culture Lit and she is East’s assistant theater director.

Helen Cooper better known as Mrs. Cooper in the East community is one of the many amazing teachers at East. Mrs.Cooper teaches English 10, Holocaust Lit, Pop Culture Lit and she is also East’s assistant theater director.

Mrs. Cooper went to the University of Nebraska-Lincoln and attended grad school at Doane University. She double majored in English and History, but before finding her love for teaching she worked in publishing. Ever since she found her love for teaching she has been teaching for six years. Before teaching at East she taught at Urban Assembly School for Applied Math And Science in South Bronx, New York The experiences she had in the South Bronx were way different then the ones she’s made here at East.

Mrs.Cooper’s favorite part about teaching is having fun with her students in class, and the teacher/student relationships that make her day. With all the different types of classes/extracurriculars she teaches her favorite students to teach are her 10th graders.

“I love English 10,” Mrs.Cooper said. “10th grade is an interesting year because you’re not a little baby freshman and you’re not grown up juniors, so sometimes I refer to 10th graders as spastic, it scares a lot of teachers but I love 10th graders because it feels like your in this chrysilas and becoming real people.”

One student that has been positively impacted by Mrs. Cooper is Victoria McGee. Victoria is a senior at East and is one of Mrs. Cooper’s English 10 T.As. She has had Mrs. Cooper for all of English 10 and then for pop culture lit during her junior year.

“Mrs. Cooper is different from other teachers because she takes the time to get to know her students as individuals and match their study needs,” Victoria said. “She takes time to be immersed in her teaching and works with her kids hands on. She’s a person you can go to if you need anything, she stands out from other teachers because she shows that she’s not only a teacher but a person like you and I.”

Mrs.Cooper’s number one goal is to make kids feel safe and loved.