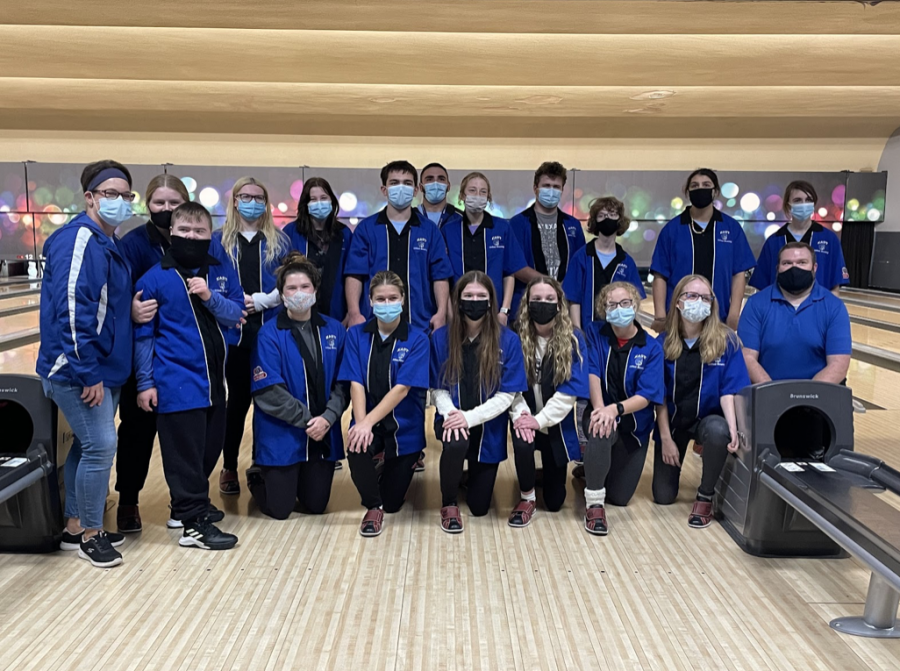 One of the sports that often goes unnoticed at East is Unified Bowling. The Lincoln East Unified Bowling Team played their sixth game against Lincoln High on Monday November 22nd. The match took place at Hollywood Bowl and unfortunately East lost.

“I think they bowled amazingly,” head coach Andrew Butcher said. “I couldn’t be more proud in the improvement we made as the season went on. It was a lot of fun…”

Unified sports became part of NSAA activities in 2016. Unified sports join people with and without intellectual disabilities, giving all students an opportunity to compete. The matches are scored by combining the total number of pins knocked down. The East Unified Bowling squad is made up of 5 athletes and 11 peers. The larger group is divided into smaller teams who compete against other small opposing school teams. Following six rounds of bowling, the combined number of knocked down pins determine the overall winner.

Sophomore Analise Breton shares that her favorite part of bowling is getting a strike. After getting one, she describes herself as feeling “happy and excited”.

“My favorite part is bowling with other teams and different teammates and being able to cheer on the other teams”, Prenosil states.

All students are able to enjoy this sport as Coach Butcher puts more emphasis on having fun than the final pin count.

“Unified bowling is special because there’s no competition,” senior Eme Troy said, “It’s only excitement and you can only cheer for your peers and you can’t be negative. I don’t think any of us are gonna be able to forget just how happy we are and how excited we are for one another.”