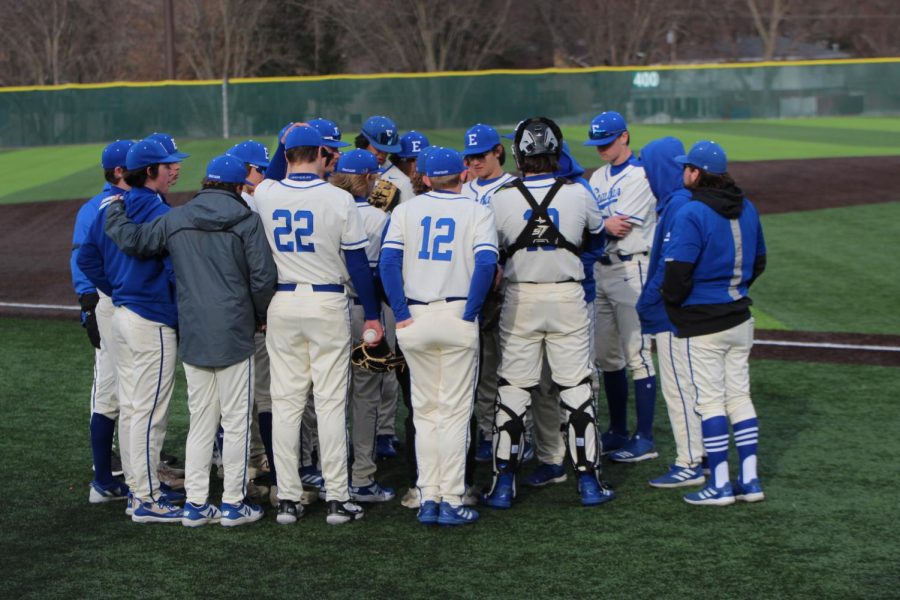 The Spring sports season has arrived and anticipation is growing with the full schedule ahead. Track and field, baseball, girls and boys soccer, girls tennis, and boys golf kicked off on Friday March 18th, 2022. Three Spartan coaches share their goals and ambitions for the season.

Emily Mathews is the head coach of Varsity LEGS, Lincoln East Girls Soccer, and says a team goal is to make it to state championships.
“We are very proud to show excellence, professionalism, respect for soccer, and we try to compete to be that champion every single year, “ Mathews said. “I’m really excited, I think we have a team that can absolutely do that.”

Mathews sets her team up for success by having very competitive practices and building strength in the off season.
“I want to provide an environment where there is competition every day, where there’s chemistry within the team,” Mathews said. “Soccer is very much a team focused sport, all 11 people on the field have to be in sync to be successful. I hope to develop that chemistry and those relationships throughout the season.”

There are currently two seniors for LEGS this year, and Mathews described their role as “critical.”

“They’re stepping up and establishing those norms and expectations among teammates, and they carry that amazing responsibility to set the standard,” Mathews said.

LEGS started their season off at Seacrest field against the Northeast Rockets at 2:00 pm on March 18th, 2022.

Head baseball coach Mychal Lanik also has similar aspirations for his varsity baseball squad. The team is versed with players of all ages and experience levels, along with lots of talent.

“They aspire to play deep into the state tournament, and that is our main goal for the season,” Lanik said.

As a coach, Lanik wants to establish an environment that allows his team to be the most successful they can be.

“Everything we accomplish on the field is predetermined by how we develop practice habits and how we grow as a team,” Lanik said. “Getting them to come together as a team, to play together for each other and East high school is my number one focus.”

The Spartans also have quite the staff of seniors, ready to lead the way for the new guys on the team.

“We’re just trying to rely on those guys to lead by example, show our new guys how we win and do little things,” Lanik said. “Baseball is a hard sport, it’s a sport of failure, and I try not to put too much pressure on them, performance wise. If they play hard, communicate, and lead by example, we have a chance to be a really good team.”

On the field, the Spartans are as competitive as they can be and play as hard as they can. For Lanik, it’s about more than just winning games.

“After it’s all said and done, having those relationships and being able to help those kids chase their dreams of playing college baseball is why I coach,” Lanik said.

Chris Stock is the Varsity coach of the girl’s tennis team, and his goals for the season and team are slightly different than those of Coach Lanik and Mathews.

Stock mentioned how mature his group of players are, describing them as a great group of hard working people.

“I want them to be willing to compete in all situations, to welcome adversity and to play without worrying about the outcome,” Stock said.

The team began their season in mid March, 2022. Stock is hopeful for the team chemistry to flourish.

“At the end of the day it’s about improving and being a good teammate,” Stock said.