Kenneth Branaugh captivates audiences with “Death on the Nile” 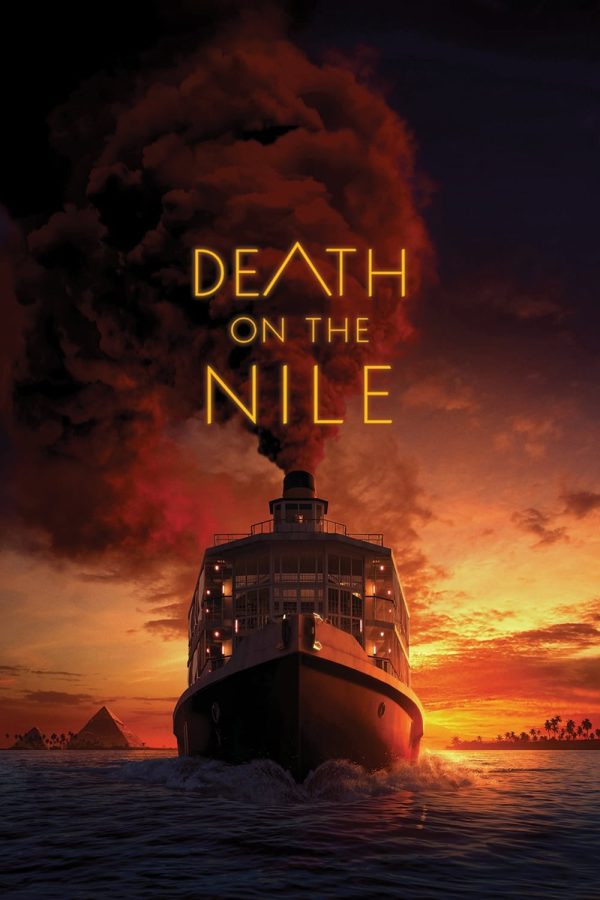 Poster for Death on the Nile. This poster features a creepy-looking photo of a boat, a key element to the storyline. The Egyptian pyramids in the background give more information about the setting of the movie.

On Februrary 11, 2022, murder mystery “Death on the Nile”, based on the Agatha Christie novel of the same name, was released to theaters. It is the second movie in the murder-mystery “Murder on the Orient Express” series based on books by author Agatha Christie. Featuring megastars like Gal Gadot, Armie Hammer, and Russel Brand, the movie brought in $134.6 million to box offices. Director Kenneth Branaugh captivates audiences and amateur sleuths in this star-studded crime drama.

Branagh’s direction and Michael Green’s screenplay writing combine to create a captivating story that keeps the audience wondering who the killer could be while also worrying about who the next victim could be. The movie cleverly places clues as well as misdirection in order to keep the audience wondering. “Death on the Nile” is the perfect sequal to it’s predecessor “Murder on the Orient Express.”

“Death on the Nile” has been available to stream on HBO Max and Hulu since March 29, 2022.