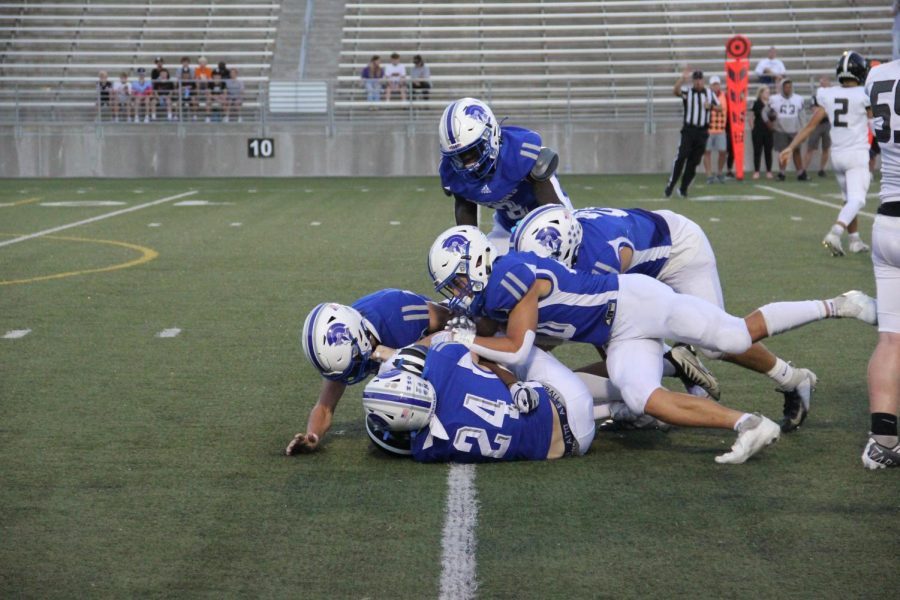 The Lincoln East High School football team faced off against the Lincoln Northeast Rockets in an awaited rivalry homecoming game at Seacrest Field on September 15th, 2022. The Spartans entered the match-up with a 1-2 record, and hoped to bounce back after a loss to the Southwest Silverhawks the week prior.

Coach Gingery was preaching execution all week following the loss to Southwest.

“It’s the same things, it’s the same plan,” Gingery said. “You just have to execute. That’s the biggest thing.”

The Spartan’s offense proved most efficient in executing their offensive strategy, scoring 54 points throughout the game with 8 touchdowns.

Jeter Worthley capped off a long first drive with a 2 yard touchdown run to take the lead early in the first quarter. The offense would drive down the field two more times in the first quarter, as Worthley threw back-to-back touchdown passes to wide receiver Kamdyn Roebke. Roebke would finish the game off leading the team in receiving yards with 63. The Spartan defense sealed off the quarter with a late interception by Breck Bryant, his first of the season.

The offense wasn’t done there as Jeter Worthley would throw two more touchdown passes to Malachi Coleman and Connor Shelton early in the second quarter. Worthley found the end-zone for his sixth and final time that night with another touchdown run, followed up by another rushing touchdown by Dash Bauman.

Lincoln East’s explosive play allowed the Spartans to enter into the half with a 48-0 lead. Despite the lead, Coach Gingery wasn’t ready to let down his guard just yet.

“We just need to stay consistent,” Gingery said at half-time. “The biggest thing is you gotta keep your focus and not have any mental breakdowns.”

The Spartans would score one last time early in the fourth quarter on a rushing touchdown from Jackson Byers, fishing the game 54-0.

“It feels good, I think we got our momentum back,” Roebke said. “I think it’s gonna keep moving forward and we’re gonna have a great season.”

This blowout win was well-needed for the Spartans in shaping their confidence moving forward in the season.

“It gives us a lot of confidence,” Coleman, 4 star wide receiver, said. “That’s something our team needs.”

The Lincoln East defense would provide an incredible effort, not allowing the Rockets to score all game, and only allowing them a total of 52 yards and one first down.

Caden Cetak and Andres Zuniga led the defense both having 7 tackles on the night, and Cetak helped with the Spartans one sack during the game.

Despite the blowout, the Spartans still believe there are alot of things to work on moving forward in the season.

With the win Lincoln East moves their record to 2-2 on the season and look to keep their momentum rolling in an away game against Columbus on September 23.